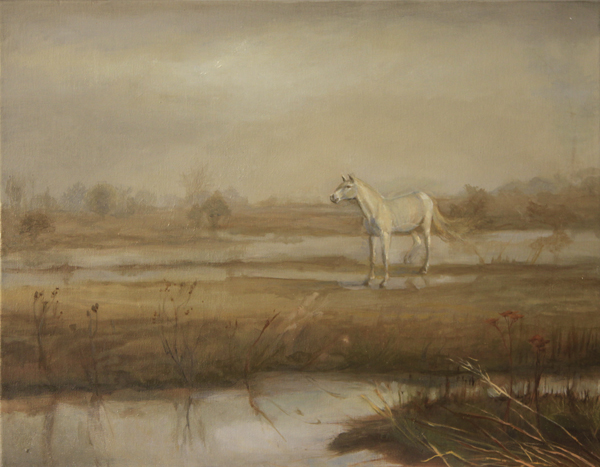 Update , i am almost finished

Somebody I know that lives in two countries in the same time for a few years now, said to me: “I don’t belong here or there any more. “ I know that feeling, it is very strange.

I was born in a country that doesn’t exist any more.

I moved in a different country 10 years ago. The city that was my city has changed and keeps on changing rapidly. In my new city I am still a stranger even though I have a home and friends.

We are both citizens of the world now.

Where do we all belong anyway? We exist in a brief moment and disappear again in the landscape, in the soil.

Even our cultures are not as constant and stable as we would like to believe.

I read a wonderful and profound book called “Things fall apart” by a Nigerian writer. It is exactly describing how way of life and the order of the world around us can suddenly change beyond recognition. It follows a character living in a stable society with rules and laws before the British invasion of the Niger, and the different world – after. The values changed so dramatically and in a way without any sense that only the most flexible spirits could adapt.  I don’t think we should be too attached to this kind of identity. This is the identity given to us by default, by simply being part of a culture. The people who are don’t survive big changes like that.  Our roots should be deeper.

When you start over, what do you take with you? -Skills and interests maybe. I think the most important is the ability to learn and react quickly, a consciousness of the world around you. You also take the smells and memories of your previous life. You have them locked inside. Things like the light through the window in your grandmother’s home, the summer heat, the smell of coffee, and walking home after a night out on streets that don’t exist any more.

On the journey you can never know in advance where the path will take you. But these things are part of you even after they have changed in the outside world, together with your childhood friends as they were then. They are building blocks of your life and should be respected as such. How much of this happened exactly objectively like that and how much of it is only your experience of the actual event is irrelevant.

Starting over is hard and exciting. It is letting go of the familiar and the comfortable and taking a chance, learning something new. On the positive side it reinforces the feeling that is so hard to honestly believe, that the world is constantly changing and doesn’t stop for anyone. Nothing is truly stabile.

I am learning, and it is painful. It is particularly hard to learn something that you believed you new already.

It seems to me that life is somehow developing a structure – a composition, like a story. Is it only my need to make sense, or is it some natural law that spontaneously creates structure and beauty in everything, I don’t know.

Here is what I am working on now. 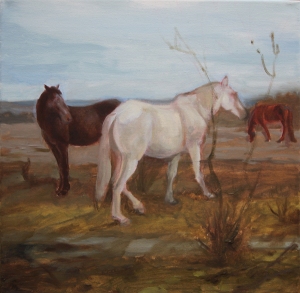 I have just started a new painting with horses. Trying to create the slightly melancholic feeling of the landscape in the New Forest.